Agents will vie for bid

BENTON -- With only hours until its health insurance was set to expire, Scott County officials learned its selected carrier's rate went up more than $100 per employee per month.

"There was an underwriting problem," said Commissioner Dennis Ziegenhorn.

That increase meant the bid was no longer the lowest, and commissioners scrambled to make a decision on its coverage on New Year's Eve. With Anthem as the new lowest bid, commissioners selected it as its insurance carrier, under agent Jeremy Anderson of Anderson-Green Insurance in Sikeston. 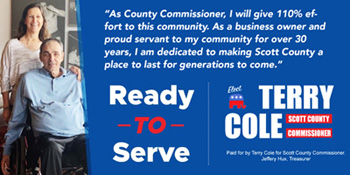 However, when commissioners opened bids in early December, eight agents submitted bids for the insurance provided by Anthem. While Anderson is the agent right now, since he was working with commissioners on the previous option, commissioners said they may change agents, as they want to ensure the business is awarded in the most fair way possible.