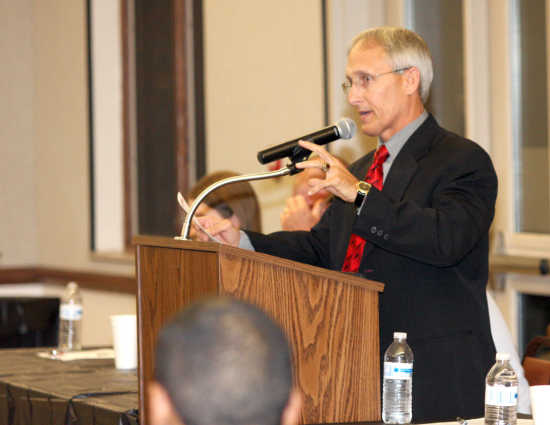 SIKESTON -- The Sikeston Bulldogs football team held their annual football banquet Thursday evening at the Clinton Building in Sikeston recognizing the efforts of players and coaches from the 2013 football season.

All 49 members of the Sikeston football team were introduced and some were presented awards for their play on the field.

The Most Inspirational Player of the Year was given to senior Chris Word.

All awards were voted on by the players.