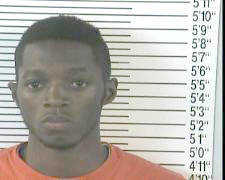 NEW MADRID, Mo. — The murder trial for a man accused of fatally shooting a convenience store clerk will begin Monday.

Deion D. Martin, 22, charged with first degree murder, first degree robbery and two counts of armed criminal action, has waived the right to a jury. The case will be heard by Circuit Judge Fred Copeland.

Martin is charged in the May 18, 2015, shooting death of Brenda Smith during a robbery at the D and L One Stop in Parma.

Martin was arrested after authorities traced him to St. Louis. He is currently being held in the Pemiscot County Jail.

According to New Madrid County Prosecuting Attorney Andrew Lawson, he is not seeking the death penalty for Martin in the case. However, if convicted, Martin could face life in prison without the possibility of parole, Lawson said.