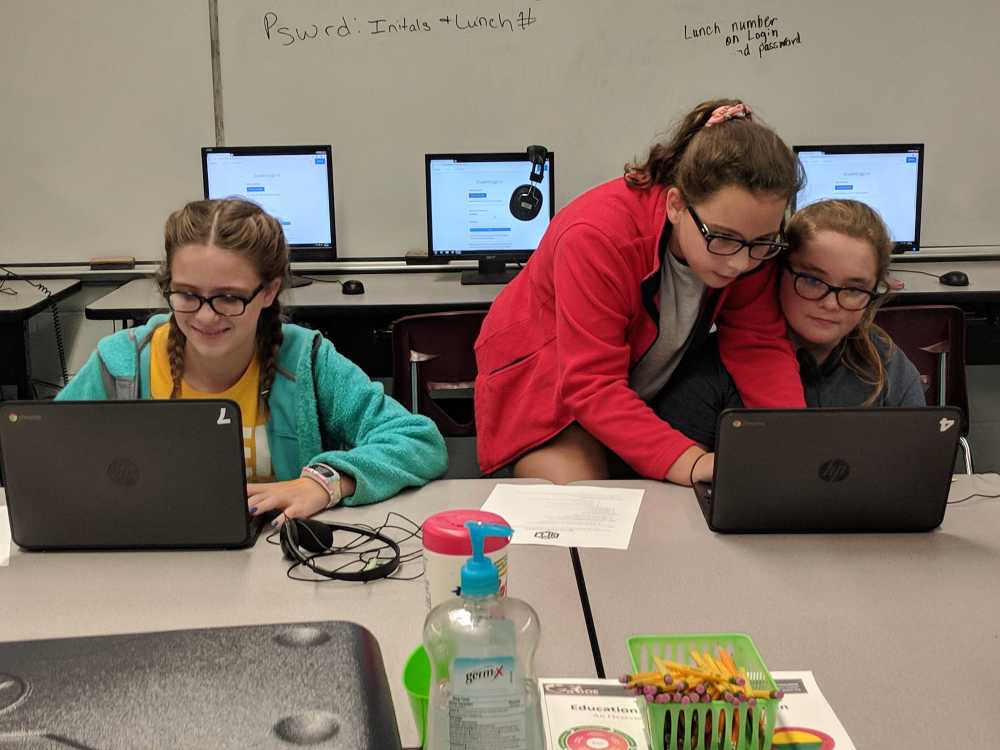 SIKESTON — Several local middle school students are gearing up to compete in the first-ever championship round of the Youth Coding League.

The Youth Coding League is a weekly after-school program that introduces computer programming to middle schoolers, and the competition is about to heat up.

“We’re in the postseason, with teams of students who have worked together on a group projects,” said Stacy Dohogne Lane, community director for Codefi and the Marquette Tech District Foundation. “Each school has gone through a playoff round, with one winning selection from each school going on to the championships where they will compete against other school champions in a regional battle beginning Monday and ending Dec. 11.”

The community is encouraged to support their alma maters and vote for the best project at www.YouthCodingLeague.com.

“We’ve built in a competitive element on top of Google’s outstanding CS First curriculum,” said Lane. “For each sprint the coders complete, they gain six different stats, such as experience for objectives completed or Awareness for code documentation. Coders are ranked individually and schools have team rankings. The scoring adds a gamified element to keep the kids engaged in learning to code.”

The Youth Coding League is offered by the Marquette Tech District Foundation at no additional cost to middle schools. A nonprofit corporation dedicated to improving the quality of life for the residents of Cape Girardeau and the surrounding communities in southeast Missouri.

“Our students are really enjoying the club and are so excited to be coding,” said Cristy Crites, an art teacher and robotics club coach at Scott County Central School. “I have a few kids who have had behavioral issues, and I placed them in the Youth Coding League as an incentive to improve on their behavior and it is working.”

“This is an amazing opportunity,” Miller said. “Currently, they are learning to write the code for their own characters, add effects, and dialogue. I am so amazed at the creativity of their projects. Students are loving it They are so focused each session.”

Dr. Randall Rhodes, a juvenile officer with the 32nd Circuit serving kids in the foster care system, said: “I watch the students roll in after their school day, energized and ready to code. Our focus here are kids that might not otherwise have the opportunity to be included on after-school activities. The research shows that any and all programs and pro-social activities that can be provided to children in foster care normalizes their experiences and helps them to succeed later in life.”

View regular season scores, example projects and more at YouthCodingLeague.com, and vote for championship picks. Awardees will be announced at the All-Star Party for Youth Coding Leaguers on Dec. 11.