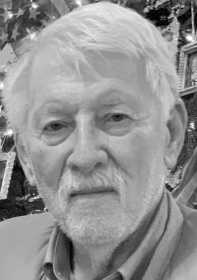 Born Dec. 13, 1929, in Kewanee, son of the late J.D. and Goldie Twitty, he served in the U.S. Navy Construction Battalion (Seabees) in the early '50s and was a farmer most all his life. He was a Case IH farm implement dealer in Lilbourn and Malden for many years. He was dedicated to serving the citizens of Southeast Missouri and was Mayor of Lilbourn for 20 years, a board member of the Kenny Rogers Cerebral Palsy Center, Commissioner for the New Madrid Port Authority and received the Silver Beaver award for his many contributions to the Boy Scouts of America.

He was also preceded in death by his brothers and sisters, Lynn, Virginia, John, William Mack, Kenneth, Marietta and Jeanette; and one niece, Emily.

Survivors include his nieces, Margaret, Harriet, and Libby; and nephews, John and Gary.

His body will be donated to Washington University for medical research.

Visitation was from 10 a.m. until service time at 11 a.m. June 18 at the Ponder Funeral Home in Sikeston.