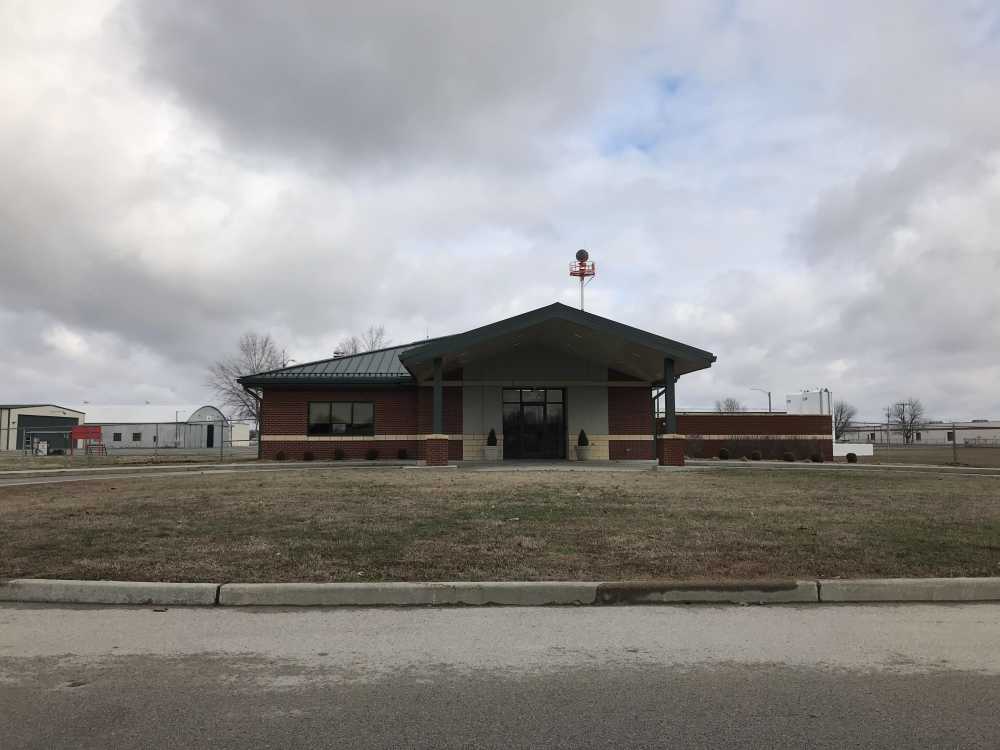 The Sikeston Municipal Memorial Airport terminal, which was renovated in 2015, is shown here. The City was able to use state and federal funds that are set aside for airport improvements to pay for about 90% of the improvements.
David Jenkins/Standard Democrat

SIKESTON — Hidden just off of Malone Avenue, tucked between the Sikeston Recreation Complex and Fox Haven Country Club, sits one of Sikeston’s most unknown gems, the Sikeston Memorial Municipal Airport.

“The airport is something a lot of people don’t even know is here. And it’s a blessing to have,” said Jay Lancaster, Sikeston Director of Public Works.

For years the Airport sat in disrepair, a hidden eyesore that many didn’t know about or didn’t want to know about. But five years ago, the City of Sikeston decided to put an emphasis on the airport and began making improvements. 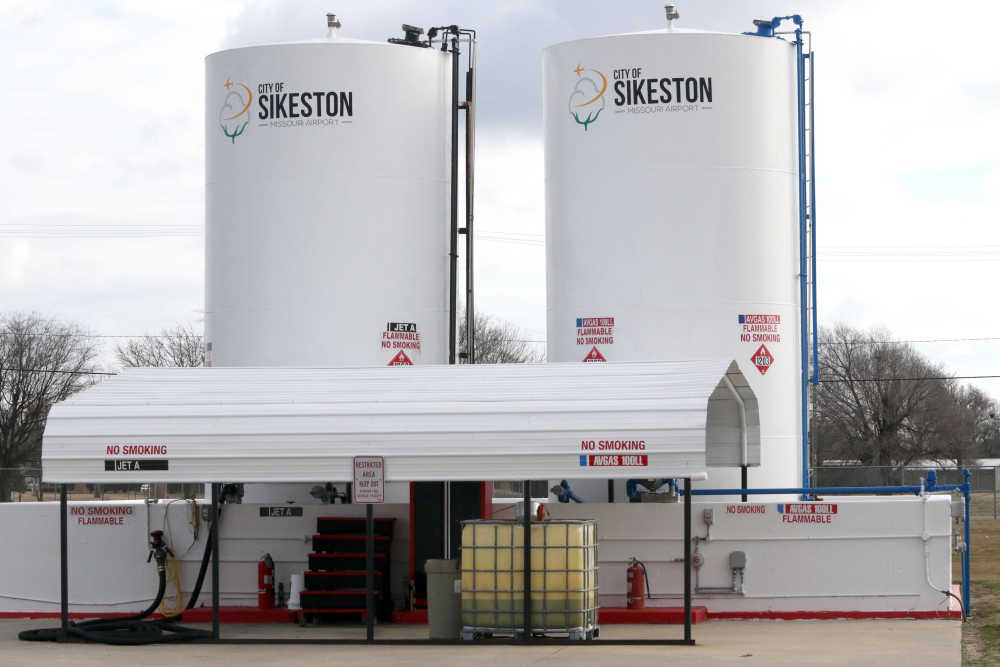 “One of the first things we focused on was the terminal,” Lancaster said. “The existing terminal building had been here for decades. It was undersized, it was old, it was leaking. It was embarrassing and it was something we knew needed to be better because this Airport is the front porch of the community.”

The City was able to use state and federal funds that are set aside for airport improvements to help with the improvements. Lancaster said grant funds covered 90% of the cost to build the new terminal along with tearing down the old one and building a new parking area.

The new terminal features an office and a conference room if a meeting is needed to be held there. There is also a pilot’s lounge with comfortable recliners, a television and nice bathrooms with showers. 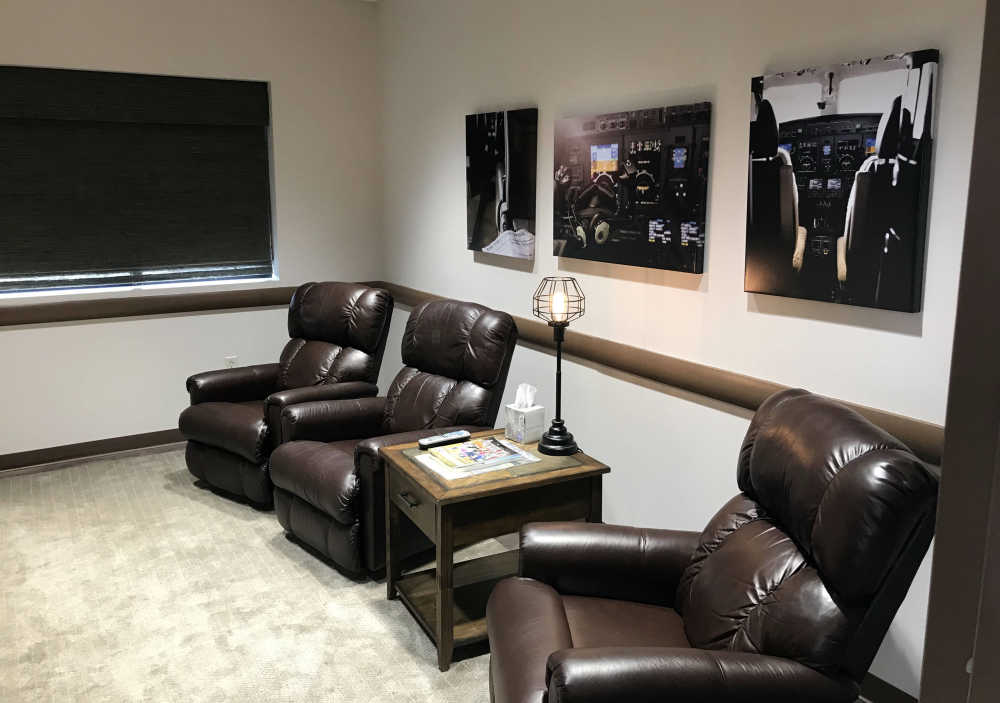 The pilot’s lounge is complete with comfortable recliners, a television and nice bathrooms with showers.
David Jenkins/Standard Democrat

“We wanted to focus on having great bathrooms and lounge area because a lot of time people fly in and have to wait,” Lancaster said.

The terminal is now filled with Sikeston as photos of the Sikeston Jaycee Bootheel Rodeo, the Cotton Carnival, a cotton crop and even Lambert’s adorns the walls, showcasing the culture of the community.

In the conference room, the history of Sikeston is on display with photographs of the airport from the 1940s when it was used as a US Army training facility for pilots. 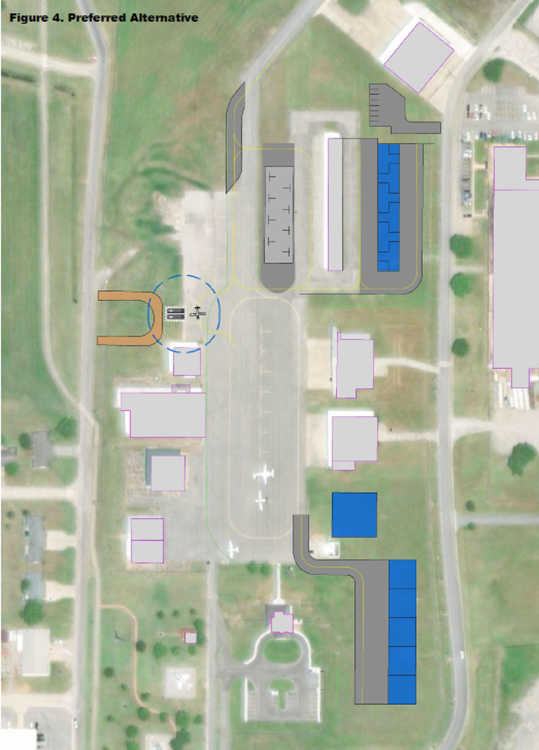 The City of Sikeston is seeking to continue improvements. Shown is a new Airport Layout Plan which would include a new fuel system (located by the circle) along with improvements to the apron (center of the photo where the planes park) and additional hangars (seen in the right side of the photo). The cost of the project would be about $1.3 million, of which 90% would be funded through state funds, if approved.
Photo provided

After finishing the terminal, the City turned their attention to the runway, which was in dire need of improvements.

“It wasn’t a complete overhaul, but we needed to get the cracks sealed, get the surface seal coated and more than anything it needed new pavement markings,” Lancaster said. “So once again, we went back through the state with federal grants and were able to get our runway and our taxiway completely brought up to a good standard.” 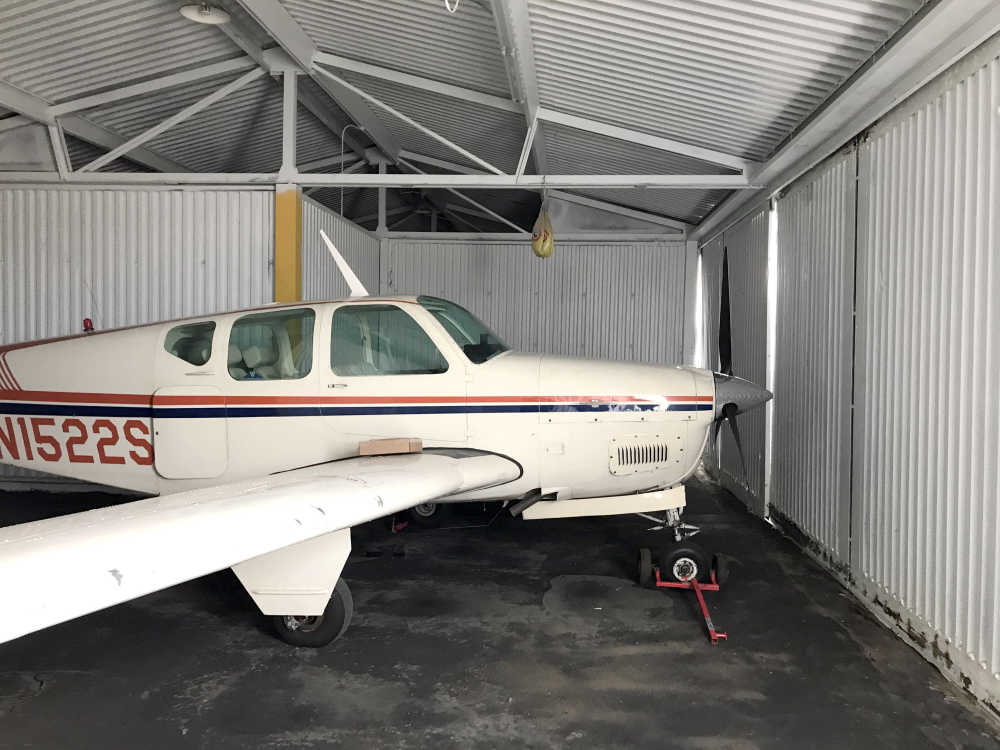 “These aren’t brand new hangars, but considering how old these hangars are and what they looked like, it’s amazing,” Hart said.

“We’ve done that all in-house with minimal cost,” Lancaster said. “With our own staff and a lot of elbow grease, we were able to make something that had gotten in bad shape a lot better.”

While the look of the Airport has improved, it is also seeing increased traffic.

“As we’ve been making improvements our airport has been getting busier,” Lancaster said. “We have a lot of corporate travel from anything from local banks to Lambert’s to Orgill and not just Sikeston, but we are kind of a regional airport. The power plant in New Madrid, Magnitude 7, they fly out of here.”

And it isn’t just corporate travel either. The governor, lieutenant governor along with other senators and representatives fly into the Airport as well as entertainers like Taylor Swift who flew in to visit a fan in New Madrid, members of the Texas Rangers who flew in to turkey hunt, Jimmy Haslam, owner of the Cleveland Browns and Rick from the Rick and Bubba Morning Show.

There is also a lot of military traffic that uses the Airport, including helicopter traffic from Fort Campbell, Ky.

“Those military pilots have to log hours and apparently Sikeston is right in that ideal distance so they will fly to Sikeston, eat at Lambert’s, and fly back to Fort Campbell,” Lancaster said.

While there have already been numerous improvements, the City is looking to make more. At a recent Sikeston City Council meeting, Lancaster briefed officials on improvements they are looking to make, including improving the apron (the concrete lot where planes are parked) and to develop a new fuel system to replace the current, out-dated system.

“All-in-all it is probably a $1.3 million project, of which, if things go according to plan, 90% will be funded through state funds,” Lancaster said. “We don’t spend a lot of local money making these huge improvements.”

The first step on making the improvements is developing an airport layout plan. Lancaster said the last year the City has been working with Waters Engineering of Sikeston and Hanson to update their airport layout plan to see how they want things to look in the future.

And 20 years in the future, there is also talk of a maintenance hangar and hiring a mechanic, possibly making some space for some more private hangars, more T-hangars and parking area.

“When we did all this we had meetings with airport stakeholders so they could give input,” Lancaster said. “Once we came up with this plan, we had 100% approval of the direction of the local stakeholders.”

All the improvements are in an effort to create a great first impression to those who fly into the Sikeston Memorial Municipal Airport.

“Our Sikeston Memorial Airport is an important part of our history and a vital link to our future,” said Sikeston Mayor Steven Burch. “Numerous corporations make Sikeston their airport of choice for easy access to the Bootheel of Missouri. Maintaining an airport that is safe and viable is important to our economic future. The Sikeston airport is often the first impression corporate America has of our community.”