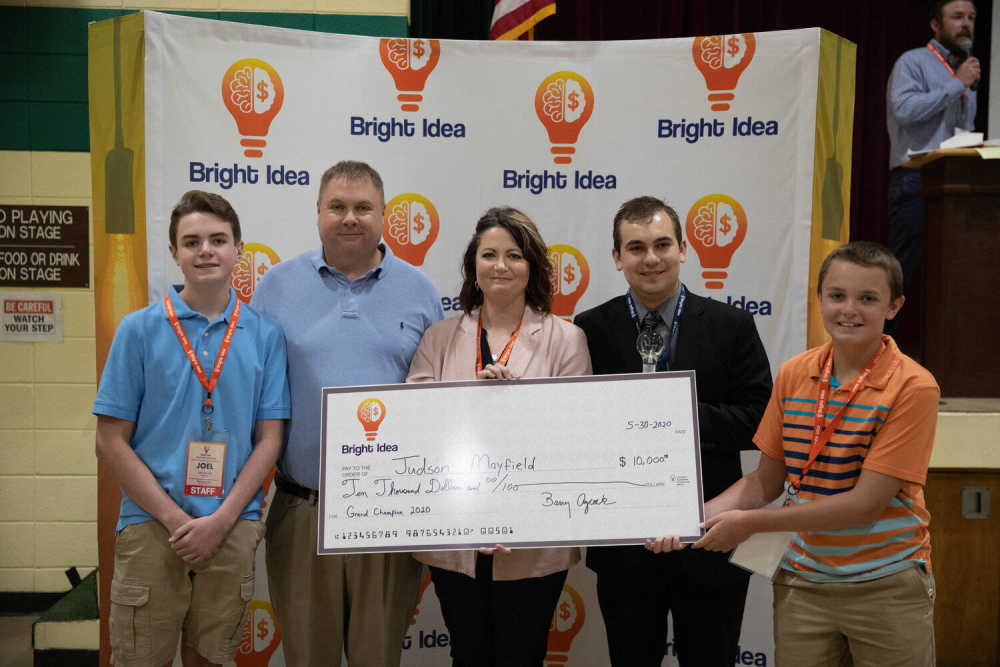 MALDEN, Mo. – A senior at Woodland High School was named the Bright Idea Showcase grand champion that took place on May 30, 2020 at the Malden Community Center.

The top contestants from five of the contest’s qualifying counties gave an oral presentation of their idea to the panel of judges present. After the presentation of county champion plaques and medals, the 2020 contest grand champion was announced.

Launched in January of 2020, the Bright Idea Contest was created to promote and spark an entrepreneurial spirit in the youth of Southeast Missouri. The central mission is to generate and facilitate paths to success for young innovators. The planned annual contest is open to students between grades seven and twelve in eight Southeast Missouri counties: Bollinger, Butler, Dunklin, Mississippi, New Madrid, Pemiscot, Scott and Stoddard. Over $26,000 in prize money is available to contest participants. Each county champion receives a $2,000 cash prize a chance to compete for a $10,000 grand prize at the Bright Idea Showcase.

The contest is divided into three stages. The initial entry round requires contestants to draft an essay summarizing their idea. In the second-round, the top five submissions from each county advance and are required to submit a video presentation of their idea. The video submission is then evaluated by a panel of judges who determine the top entry from each participating county. Each county champion receives a $2,000 cash prize, and advances to the third and final round of competition. For the final round, contestants give an on-site, oral presentation to a panel of judges at the Bright Idea Showcase.

The contest submission portal was officially opened on Jan. 6 of this year. Over 50 entries were submitted before the first-round deadline on March 1. The top five submissions from each county were selected and announced on March 11. These contestants participated in round two, which required a video presentation of their idea. After a disruption in the original schedule due in part to the COVID-19 Pandemic, the county champions were selected and announced on April 29. County champions are listed below:

Finalists from the five qualifying counties were allotted eight minutes each to present their idea to the contest’s panel of judges. After compiling the scores of each judge, just four tenths of a point separated the top two contestants. Mayfield, a 2020 graduate of Woodland High School in Marble Hill was named the county champion for Bollinger County after the second round of the contest on April 29. Mayfield’s idea, Shiskeet, is an innovate approach to traditional clay targets or “clay pigeons.”

Instead of manufacturing his targets through ordinary methods, Mayfield has developed a process that utilizes cattle manure as the main manufacturing component. In result, this offers an alternative, environmentally friendly option for clay target shooters. As the grand champion of this year’s contest, Mayfield received an additional $10,000 in prize money on top of the $2,000 he received as his county’s champion.

Mayfield plans to use a portion of his winnings to further pursue patents and investors for his idea.