ORAN, Mo. — Oran High School has announced two valedictorians and a salutatorian for its class of 2021.

Leading the class academically are Langdon Scheeter and Alyssa Spane as valedictorians and Stephen “Lane” Peterson as salutatorian.

Scheeter, who is the son of John and Lori Scheeter, is the recipient of Southeast Missouri State University’s Copper Dome Scholarship and A+ scholarship. His school activities included basketball, track and Beta Club. 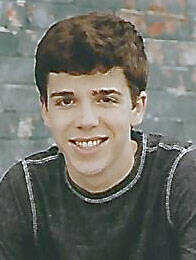 Spane is the daughter of Robin and Travis Spane. She is the recipient of an A+ scholarship and plans to attend Mineral Area Community College. Her school activities included softball, basketball, FCCLA, FCA, Beta Club and Art Club.

The son of Stephen and Tonja Peterson, Peterson is the recipient of the SEMO Electric scholarship, Southeast’s Copper Dome Scholarship and Students of the Month.