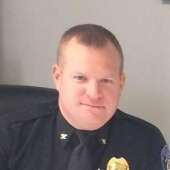 NEW MADRID, Mo. - On the night of Jan. 9, the New Madrid Fire Department responded to a three-vehicle crash at the north New Madrid overpass.

The roadway was blocked by the crash and there were injuries to at least one of the drivers. Fire personnel were on scene for about an hour assisting the ambulance crew and diverting traffic away from the accident scene.

The New Madrid Fire Department has two trucks used specifically for rescue operations during a traffic crash and both are equipped with hydraulic rescue tools, commonly referred to as the “jaws of life.” The department responds to all traffic accidents where injury has occurred from Kewanee to Marston and from the Mississippi River to Parma.

The New Madrid Fire Department is a volunteer service but members are paid a small amount for every fire or traffic crash. The department responds to fires, traffic crashes, chemical spill, and other search and rescue situations.

If you are interested in joining the New Madrid Fire Department, stop by the front office at 342 US Highway 61 and fill out an application. Fire departments are some of the oldest government institutions in our country and they are a good way for citizens to actively serve their community.

More from this columnist · Joey Higgerson
Respond to this story