Kennett too much for Bulldogs 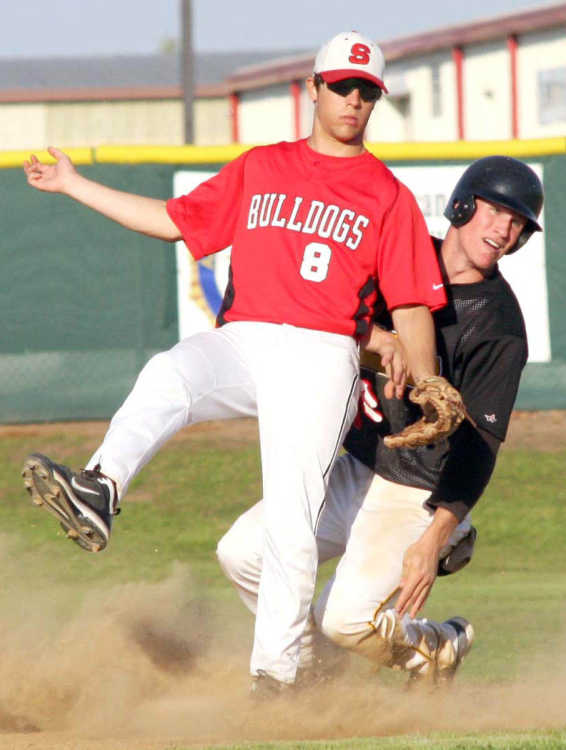 SIKESTON -- Take away one inning and the Sikeston Bulldogs may have been able to stick with the Kennett Indians a little closer.

The visiting Indians erupted for eight runs in the second inning on Wednesday which, ultimately, decided Sikeston's fate. Kennett went on to win 10-2 at VFW Memorial Stadium in Sikeston.

"If you take away that one inning it's a different ball game," Sikeston head coach Kevin Self said. "Things seemed to fall their way early and that's all it takes. One good inning from a good team you're probably not going to get back in it."

After a perfect opening frame, Sikeston starter Cord Sheehy began to experience what so many other opposing pitchers have against one of the most dangerous lineups in Southeast Missouri.

Adam Grantham led off the second with a no-doubter that screamed over the left field wall. One walk and six hits later, Sheehy exited the game with the Bulldogs down by seven.

"Cord had a little trouble with his control early and then when he threw pitches they seemed to be in the middle of the plate," said Self. "When he made good pitches, they hit them in good spots."

Kennett starter Andy Lack was the exact opposite as he attacked any weakness he saw throughout Sikeston's lineup. If one Bulldog's timing was early, he threw breaking pitches. If they swung at high strikes, he pounded fast balls up in the zone.

"(Lack) tended to exploit our weaknesses," Self said. "If he saw kids that had weaknesses on certain pitches then he really exploited those. We had a hard time with him."

Lack allowed one run on two hits in 5 1/3 innings of work. He also struck out nine in his winning effort on the mound.

"That was Andy's best outing of the year," Kennett head coach Aaron New said. "He's one of our top three pitchers and he really pitched like it today."

Sheehy pitched 1 1/3 innings and gave way to reliever Drew Harper. Although Harper gave up two hits to his first two batters that pushed Kennett's eighth run across the plate, Harper did not allow a run to score for four-straight innings.

"I was proud of Drew," said Self. "He came in a really gave us a lift on the mound and held them right there."

Although battling Lack and facing an eight-run deficit, Sikeston showed some signs of life in the fourth and sixth innings.

Designated hitter Nathan Rodgers smacked a solo home run on a hanging change up from Lack to right field to put the Bulldogs on the board. They followed that run with another in the sixth inning when, after a double, Harper rushed home on a wild pitch.

The Bulldogs weren't without their scoring opportunities either. Following Rodgers' home run, Sikeston loaded the bases in the fifth inning with two outs. A rocket by Rodgers up the middle was quickly fielded by Lack on the mound, however, to end the inning and their one lone threat at climbing back into the game.

"Our goal was to stay in it," Self said. "If that ball (that Rodgers hit) sneaks through, who knows. You just keep battling and hope for chances to get back into the ball game."

Kennett (8-1) finally got to Harper in the seventh when a single by Thomas Stillman scored Grantham. Stillman slide across the plate later in the inning off a single by Justin Smith.

Kennett sprayed 12 hits through seven innings. Granthan went 3 for 3 which included a home run and a double. Justin Smith and Kevonte Mitchell each added two hits as well.

"We're capable of swinging the bats pretty well," said New. "Adam (Grantham) had a big day for us and a couple of other guys had big hits in the inning. If (Grantham's) swinging the bat well for us it's definitely a big plus."