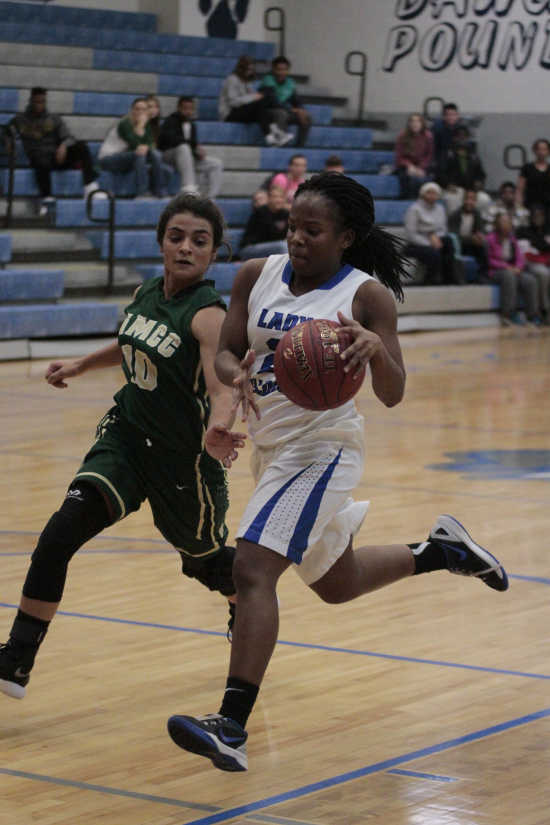 Dasmine Johnson takes the ball down court and is being guarded by NMCC's Alexis Phillips. Johnson ended the night with 11 points. - Scott Seal photo

In a highly competitive ball game between last Thursday, the Portageville Lady Bulldogs defeated the Lady New Madrid Co. Central Eagles, 43-39. The game was played in Portageville. The Bulldogs held the lead through the first half with 22-14 going into the third frame. New Madrid kicked things up a notch in the third and final periods, out scoring the Bulldogs, 15-14, and 10-7, but was still not able to take the lead though by the final buzzer. “New Madrid has always been a good rival for us and, our girls were good and fired up, and it showed,” said head coach Kellye Fowler. “We have been playing a little flat recently, and they came out and played hard. I told them in the locker room, that the difference between the team that wants the win and the team that won is the team that played the hardest.”

- Additional pictures in the photo gallery.