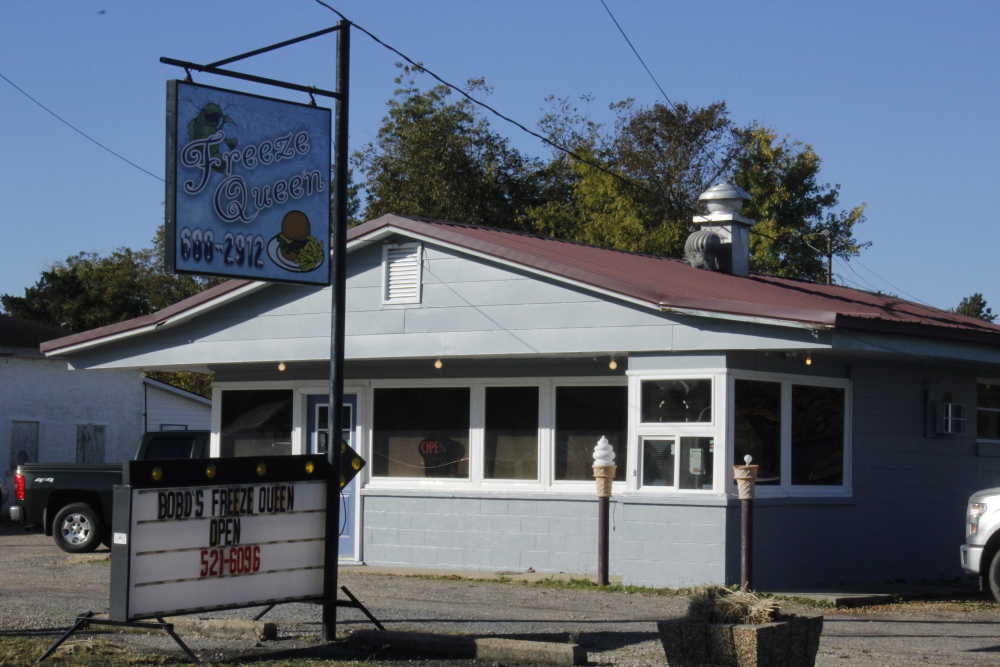 Bobo’s Freeze Queen may be the new name, but it is still in the same location as it as been for many years. It is located on 315 N. Third Street in Lilbourn, or Main Street, as the locals call it.
Scott Seal/Portageville Missourian

Portageville, Mo. - For the past few months, the City of Lilbourn had been without a restaurant where a family could go to for a good home cooked dinner. Today, that need has been filled. Bobo’s Freeze Queen has been opened for the last three weeks feeding the folks and area farmers all around.

Michele Bobo is the new owner/operator and saw the need that was lacking in the small community.

“I love being around people and interacting with them and learning from them,” she said.

“Lilbourn needed this, and small towns like Lilbourn need this. At first, I said I do not know what I am doing, and I am not the best cook, but that is where I rely on my cook and waitresses. They are the ones that make the place tick,” added Bobo.

With future plans pending, they are only open on Thursday, Friday and Saturdays but looking to expand. As of now, their hours are Thursdays and Saturdays, 5:30 a.m. to 2 p.m. and on Fridays, 5:30 - 8 p.m. for fish night. They do offer a lunch plate on Thursdays only.

Bobo encourages you to come and try out her little restaurant in the little town on Lilboun on Main Street. Bobo did say they use only US Pond Raised Catfish.

The Freeze Queen Restaurant had been a main stay for many years.

For many years, it had been known as Bob’s Freeze Queen operated by Bob and Nancy Parish.

Later on, Steve Mauk purchased it and operated as S &K Freeze Queen, next Carmen and Kevin Lyons operated it for a short time as the Freeze Queen.