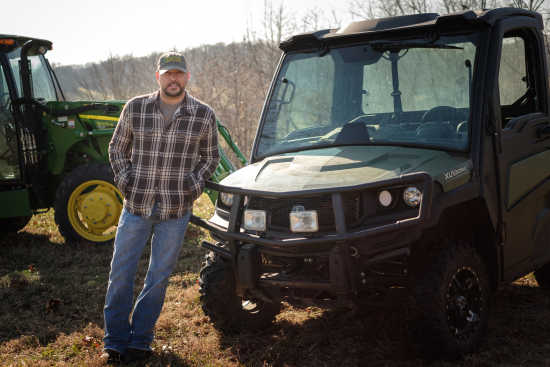 Jason Aldean has donated his personal John Deere utility vehicle to be given as a prize in a fundraiser to benefit school backpack programs at Southeast Missouri Food Bank and two food banks in Arkansas. Tickets can be obtained online at GoGreenway.com.

Greenway Equipment and country music star Jason Aldean have teamed up again to support weekend backpack programs in schools in Missouri and Arkansas.

Greenway Equipment has donated the John Deere Cab XUV835M utility vehicle Aldean uses on his property near Nashville. The UTV features a dashboard plaque with his autograph.

“We are proud longtime supporters of the Backpack Program,” Greenway Chief Executive Officer Marshall Stewart said in a news release. “In an area where agriculture is the leading economy, no one should go without a meal.”

“We’re incredibly grateful to Greenway and Jason Aldean for continuing this program,” said Southeast Missouri Food Bank Chief Executive Officer Joey Keys. “The 16 counties we serve in southeast Missouri have some of the highest rates of child hunger in the state. Programs like our backpacks are a godsend for the students and families who live in homes without access to enough food.”

A $10 donation is requested for each ticket. Donations can be made at GoGreenway.com or at any Greenway location, including the Missouri locations in Charleston, Dexter, Malden, Poplar Bluff and Sikeston.

Aldean will draw the winning ticket during his Feb. 29 concert at Arkansas State University in Jonesboro.