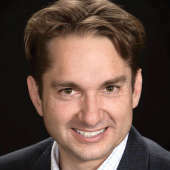 Jon K. Rust is publisher of the Southeast Missourian and co-president of Rust Communications.

For more than 17 years Jo Ann Emerson represented the 8th District of Missouri in the United States House of Representatives, one of the first Republican women elected to Congress in the state and a political force who regularly won re-election with more than 70% of the vote. In 2013, she resigned from Congress to become the first woman president and CEO of the National Rural Electric Cooperative Association. Known for her spirit of bipartisanship and zeal for “putting people before politics,” she fought for constituents at times at the expense of her own party.

Among others, it’s putting a toll on her husband Ron Gladney, who’s been close by Emerson’s side since she suffered a stroke while on a family trip to Italy in 2015. Emerson, who is 69, is paralyzed from the neck down and living at Knollwood, an exclusive retirement community in Washington D.C., for military leaders and high-level federal workers. Only now, Gladney can only get as close to his wife as a Facetime call, and it’s left him feeling isolated, uncertain and guilty -- and more than a little upset at the lack of COVID-19 testing.”Knollwood has been wonderful at every step of the way,” Gladney said in a telephone call on Sunday. But following Center for Disease Control (CDC) rules in part established by a lack of tests, Knollwood could not conduct comprehensive testing of staff and residents until recently, he said. That changed in the past week and Emerson was diagnosed positive.

Timothy McHale, retired major general and president and CEO of Knollwood Military Life Plan Community, wrote in a letter to families and residents: “Although presently the Department of Health only processes COVID-19 tests for individuals displaying symptoms, we took the initiative to work with a laboratory that was willing to support more aggressive testing, especially in individuals not displaying symptoms. ... As of today, April 16th, we have tested 100% of the residents in the Health Service Center (HSC) and the Special Care Center (SCC), the two areas in our Skilled Nursing Facility. This effort has resulted in new testing for 221 people. ... The results so far include 18 residents in the HSC and SCC whose test results came back positive for COVID-19 and 16 employees whose test results are positive for the COVID-19 virus. As we receive more test kits in the coming days and weeks from our supplier, we will continue testing for COVID-19.”

Gladney said staff told him Emerson is “asymptomatic,” but it’s difficult for him to understand fully her condition over Facetime, especially with her in a mask.

“Jo Ann’s eyes still light up whenever we talk about [Cape Girardeau],” he said. “We had talked about retiring there before, obviously, the stroke made that impossible for her. Jo Ann had even looked at some lots overlooking the river. But her anti-seizure meds make her drowsy, and she is sleeping more often now maybe because of the virus. Her eyes are more disjointed, ashen, when we speak.”

He is also upset with the delay of tests in the United States, especially for retirement homes. “It’s not their fault. It’s the state of the system,” he said. “But retirement homes, once there’s one case, are such a breeding ground, because of the proximity of residents and number of staff. We have to focus in those areas where people are congregated and most susceptible. It’s not just in New York City. COVID-19 is everywhere.”

Gladney also has the view that not talking about COVID-19 in retirement homes “needs to go away.”

“There’s nothing wrong with telling people the truth about this,” he said. “They need to understand. It can happen anywhere, especially nursing homes, even in Southeast Missouri.”

Gladney, 71, is a labor attorney in Missouri and Washington, D.C., who graduated with honors from West Point and attained his law degree with honors from the University of Missouri at Columbia. He and Emerson married in 2000, four years after her first husband Bill Emerson, who represented southern Missouri in Congress from 1980-1996, died from lung cancer. Their families united a “Brady’s bunch” of kids, he said.

Gladney is worried and feeling a bit helpless, too. Knollwood has outlined the plan for his wife. “They are truly doing an outstanding job there,” he said. “The doctor has instructed her to be on oxygen watch [with oxygen supplied if necessary]. If her oxygen does not come back above 95, then they will likely hospitalize her at Walter Reed [Army Medical Center] or Sibley [Memorial Hospital].” He’s also trying to keep a brave face on things, telling stories about those who check on him -- and touching base with family. He deflects at somber moments with a laugh and the appeal, “I’m just an old Irishman, I don’t want to get into the politics of this stuff.” But the pandemic is weighing on him. Talking with friends in southeast Missouri, he’s concerned that people are not taking the necessary steps to be safe.

“Jo Ann and I love Missouri. We love the people. It’s where we likely would have retired. I might still retire there some day,” he said. “When I told Jo Ann about talking with the Southeast Missourian about her situation, because I wanted people there to hear about it from their newspaper and not from the New York Times or MSNBC, she lit up, as if it gave her a mission to keep living. We want people to be safe.” He also wants more testing — and wishes it could have happened earlier.

If anyone wants to send a message to Jo Ann, Ron invites them to email: rgladney@gladneylaw.net.

More from this columnist · Jon K. Rust
Respond to this story