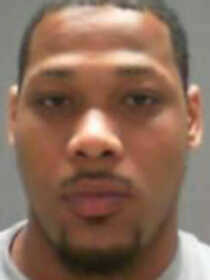 Moore faces felony charges of first-degree endangering the welfare of a child and second-degree assault.

The surrender comes as the result of an investigation into a Friday night assault on a 12-year-old dancer in downtown Cape Girardeau and a subsequent search for the suspect, which spanned nearly five days.

Video footage of the incident was captured by Fingerprint Urban Dance Studio instructor Micheal Curry in a Facebook Live broadcast, which had been viewed nearly one million times as of Wednesday night. The incident also made national headlines in publications including the New York Times, the Washington Post and the St. Louis Post-Dispatch.

“The Cape Girardeau Police Department hopes that this arrest offers a sense of peace and security to the young victim and his family,” Hann stated in a news release. “Our department would also like to thank the large volume of information we received from the public on Cedric Moore. Your concern for decency and your tips on his whereabouts left this violent suspect with nowhere else to hide and helped to lead to his peaceful surrender.”