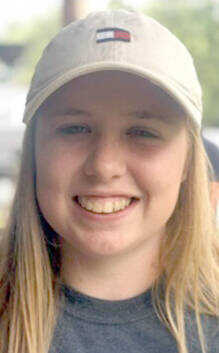 In December, a Sikeston family was rocked after 20-year-old Montanah Sullivan was shot and killed in an incident in Oklahoma City. Now the family is left seeking justice.

Sullivan was killed on Dec. 27 when she was riding in a vehicle with 21-year-old Grace Huff along with three other passengers in Oklahoma City. Huff is charged with shooting and killing Sullivan, but Sullivan’s father is worried they are not getting the justice his daughter deserves.

“We just feel like they aren’t taking the murder of my daughter seriously,” Chris Sullivan said of the Oklahoma City court system. “We were already devastated and now this.”

According to online court records, Huff was originally charged with first degree murder and manslaughter on Jan 8. Huff was in jail until her bond hearing on April 14, when she was released on $50,000 cash or surety. Huff also has to wear an ankle monitor and complete a drug treatment program.

“Nobody could believe she was granted bond. She only had to pay $5,000 to get out,” Chris Sullivan said, adding that lawyers asked the judge to recuse himself because Huff has a family member that was a longtime attorney in the area.

During Huff’s preliminary hearing on June 26, her charges were amended to second-degree murder or manslaughter.

Chris Sullivan said during the preliminary hearing he found out a little more information on what happened to his daughter, saying that Huff, who was in the passenger seat of the car, allegedly fired the gun out of an open window twice before turning around to look at the back seat, placing the gun on top of the seat and firing. A bullet struck Montanah Sullivan in the head and she was later pronounced dead at an Oklahoma City hospital.

Chris Sullivan also said that Huff claimed Montanah committed suicide and blamed her death on two other individuals. He also says Huff kept the others in the car from getting Montanah to the hospital for a short time while coming up with her stories.

“This has been devastating to my family,” Chris Sullivan said. “I have three young children and all of them are in counseling because of this.”

Chris Sullivan also said the community has been impacted as well, with over 2,000 attending Montanah’s funeral visitation.

“This is a close-knit community,” Chris Sullivan said. “Her graduating class is currently writing letters to the district attorney’s office. They have gone far and above anything that I’ve ever thought.”

There have also been posts on social media under #justiceformontanah to help get the story out.

“We want to get my daughter’s voice heard,” Chris Sullivan said. “Because of (Huff’s family’s) wealth and because Montanah wasn’t a resident of Oklahoma, we believe that has some bearing (on this case). You just can’t kill somebody and walk around. We don’t want her death to just be another number.”

A pretrial conference for Huff was scheduled for Wednesday but was continued to 9 a.m. Oct. 14. A trial date has not been set.