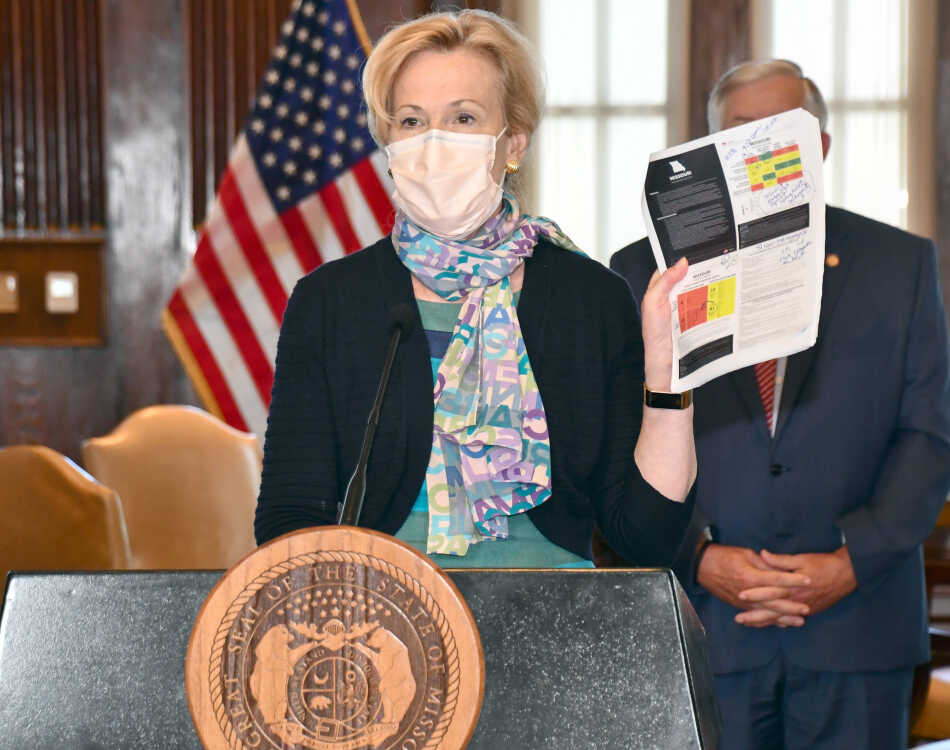 Coronavirus Response Coordinator Dr. Deborah Birx met with Republican Gov. Mike Parson in his Capitol office. Afterward, she said political affiliations are irrelevant in the ongoing fight to slow the spread of COVID-19.

“It doesn’t matter if you’re a Democrat or a Republican,” Birx said. “You need to wear a mask and socially distance. You need to not have parties in your backyard and your living room.”

Birx also talked to Parson about enacting a statewide mask mandate similar to one in Texas, where Republican Gov. Greg Abbott in July required masks in counties with 20 or more positive coronavirus cases.

Parson called that a “great model” but didn’t directly answer a reporter’s question on whether he would enact such a policy. He said local officials already require masks in Missouri’s hot spots.

“I support those local leaders in that decision and have since day one,” Parson said. “I also want to add that just because masks aren’t mandated everywhere does not mean you shouldn’t wear one, especially if you can’t social distance.”

Joplin’s city council on Monday rescinded its mask mandate and lifted capacity restrictions on businesses, the Joplin Globe reported. Cases in Joplin have increased about 12% over the past week.

At least 68,623 confirmed cases have been reported in Missouri, according to state health department data updated Monday.

The seven-day rolling average of new cases per day has also been on the rise. In the past week, the state has added 1,238 new confirmed cases per day on average, according to an Associated Press analysis of Johns Hopkins University’s COVID-19 tracking data.

Rolling average weekly data is important because it should help mitigate day-to-day spikes in cases caused by delays in reporting or processing information from labs.

Department of Health and Senior Services Director Randall Williams said the recent increase in cases is largely because it is spreading among people in their 20s and 30s.

He said he has heard reports of some young people avoiding getting tested because they are concerned about what they would need to do if they test positive.

“That saddens me,” Williams said.

The death rate among Black people has been disproportionately high compared to deaths among whites in Missouri. About 32% of those who have died from the virus are Black, although only about 12% of the state’s population is Black.