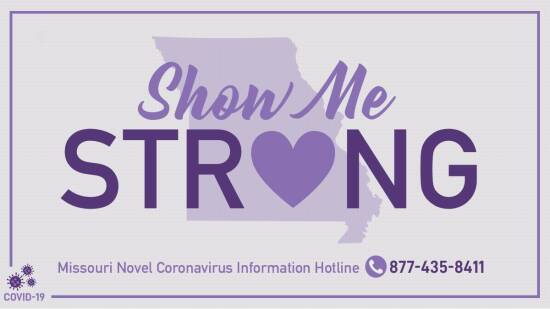 “With so many different methods and calculations, providing real-time data at this quantity and level of detail comes with its own set of challenges,” Parson said. “However, we have continually worked to be transparent, address these challenges, and provide Missourians with the most accurate and up-to-date information as possible, and we remain committed to helping citizens understand the impact of COVID-19 on our state.”

Since early COVID-19 reporting in March, Parson’s administration and the Missouri Department of Health and Senior Services (DHSS) have worked to share context surrounding the numbers that are reported and added each day to the public health dashboard. Acknowledgments have consistently been provided to explain drastic shifts in the numbers when they exist.

For example, on some occasions, DHSS ingests a “dump” of a high number of test records from a laboratory or provider that has accumulated over a period of time, either due to lack of understanding of reporting requirements or technical malfunctions. This can sometimes result in a spike of positive cases that did not all occur within a 24-hour time frame but rather over a period of several days.

Similarly, DHSS has also consistently seen a decrease in the number of tests, and therefore cases, reported on weekends compared to weekdays. This cycle causes non-representative dips and spikes in the numbers each day on the dashboard as those samples are tested and reported by labs.

Similar situations also occur with reported COVID-19 deaths. For instance, approximately once per week, DHSS analyzes incoming death certificates and links COVID-19 associated deaths with the appropriate cases in the state’s disease surveillance system. Those that had not already been reported to the state by another entity are then captured and reported publicly through the dashboard. This activity typically causes a sharp increase in the deaths added to Missouri’s total the following day, which is most often on Saturdays.

For these reasons, Parson and DHSS encourage individuals to follow the past 7-day trends for all data sets and how these trends have changed over time to get a better sense of COVID-19’s impact in the state.

Nationally and locally, there has also been much focus on positivity rates. Positivity rates are an important metric used by public health experts to understand the spread of COVID-19 despite the “ups and downs” of total testing numbers from week to week.

However, multiple methods are used to calculate positivity rate, so rates often vary depending on the source and how. Many states calculate the rate differently which means comparing the rates reported out by each individual state is often misleading. Some states do not report positivity rates at all.

To date, DHSS has used a conservative method to calculate positivity rate. DHSS “de-duplicates” testing data, meaning that only a person’s first positive or negative test is counted. This method can cause recent positivity rate measures to appear higher than they would if other methods were used.

The Centers for Disease Control and Prevention (CDC) uses a different methodology. This method simply takes the total number of positive tests divided by the total number of tests. The rate is lower using this method because it does not “de-duplicate” individuals who have been tested multiple times since March.

Both methods can help public health authorities understand the spread of COVID-19 in their communities. Beginning Wednesday, DHSS will report both positivity rates on the public health dashboard.