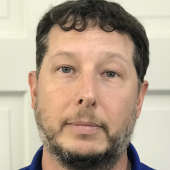 Getting my remotes under control

I have an ongoing feud. It's not with neighbors, co-workers or even my cat who enjoys running under my feet just as I go down the stairs. I have a feud with my remote controls.

Like many men I have several remote controls that I can't live without. I have one for the cable box, another for the television, yet another for the surround sound/DVD player and one more for the VCR. Yes, I still have a VCR for whenever I want to feel nostalgic.

As men we have always looked for the laziest possible way to do things. For example, a childhood friend used to tie a string to his television on/off switch so when he woke up in the morning he could just pull the string and watch his cartoons without getting out of bed. I thought this was genius and tried it myself. It worked fine until I pulled the television on the floor.

Thankfully somebody invented the remote control.

It's funny how dependent we become on remotes. I will sit down to watch television after a long, hard day and reach to the coffee table to grab my remote and it isn't there. Then it is panic, like if I don't find the remote I will cease to breathe.

I look between the couch cushions, on top of the couch, my car, the roof, the mailbox and still won't find the darn thing. Then there is that moment where you think, "what if I can't find it?" The world slows and I stare into space just waiting for the end.

I never seem to remember that I can actually walk up to the television and turn it on. Honestly I don't know if I even know where the on/off button is on the television. I don't see it so I would need a map just to find the stupid button.

Nine times out of 10 I can look under the couch and find the remote. For some reason I never look there first. Maybe it is just the panic of not being able to find the thing where I thought I left it. Of course I always seem to find things the last place I look. (da-da-dum) Thank you, I'll be here all week. Tip your paper boy.

Once I have that beautiful piece of plastic with rubber numbers and full of magic wires I try to turn the television on. That's usually when I realize I have the wrong remote and the cable box turns on. D-oh!

That's when the process begins again. I must find the correct television remote and I'm off throwing couch cushions in the floor, climbing on the roof and looking behind the refrigerator before I finally find it in the last place I look. (da-da-dum)

I have been encouraged to buy one of those universal remote controls. I actually have one for my bedroom television and TiVo machine. Only I can't find it. So I am still trying to find the power button on my television so I can tie a string to it.

But I have issues even when I find the remote control. Living alone, I can now enjoy my television with my awesome surround sound setup and not keep the volume at a whisper. I like the house to vibrate when somebody takes a step on the screen.

So one day I go to turn on the surround sound and the blasted thing won't turn on. I hit the power button 50 times, in case I didn't do it right one of the first 49 times. Still no power. I even walked up to the machine, held the remote in front of it, and pushed the power button another 50 times. You know, just in case.

The machine still won't turn on. So I thought the obvious -- lightning must have struck it and now it won't work. So for two months I watched television with just regular speakers. My television time just wasn't the same.

So last night as I was searching for some remote, I can't even remember which one at this point, I ran across the surround sound remote. I decided to press the power button again, just in case the other 100 times didn't work. Still nothing. Then I had an epiphany -- maybe the batteries are dead.

I opened up the back of the remote and wouldn't you know it, the batteries were fine but one battery just wasn't pushed all the way to where it connected. I looked over at the snickering cat as he peered up over the coffee table. Maybe my feud is with him after all.

Sure enough, I pushed the power button and the cat went sprinting up stairs as my house sounded like I was standing on an airport runway. Ahhhh! Just my little piece of Heaven.

Unfortunately I wish I could say that was the first time that had happened, but it's not. It is the second time the exact thing happened. I will accept my "Idiot of the Year" award next week. I'm a repeat winner. At least I didn't go and buy a new surround sound. I cancelled my order.

I think they need to come up with a telepathic way to turn on the television and other electronics. Just use our minds to turn the television on to our football game of choice. Well, come to think of it, that may not be a great idea either. I would just lose it too. (da-da-dum)